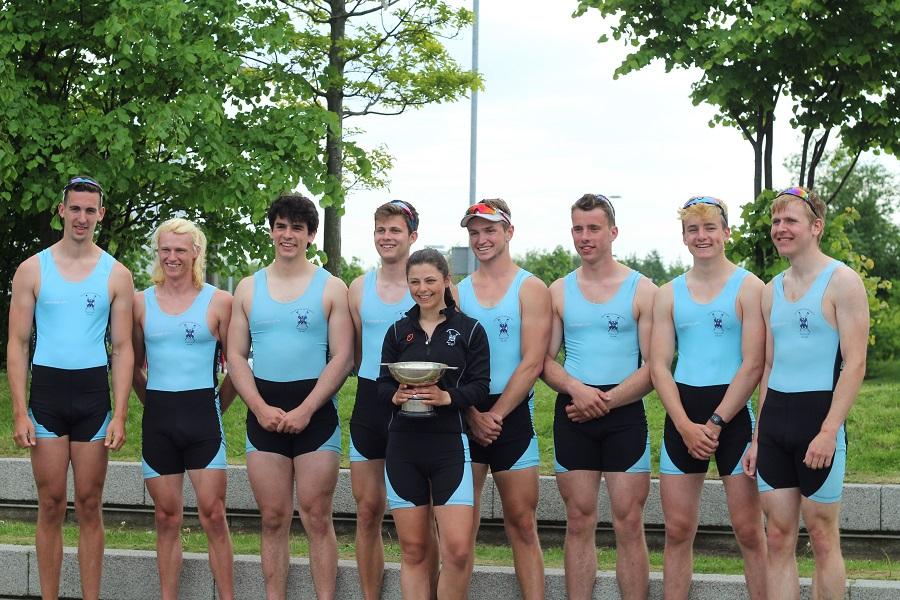 The event, the 3rd oldest boat race in the world, was held on the Clyde again this year, albeit with a slightly altered course, finishing at the Glasgow Science Museum. In the six individual races that featured this year, Edinburgh came out on top in 5, with Glasgow victorious in the 500m “Sprint” Alumni race.

In the student boats, the Edinburgh Novice women’s crew followed on from their BUCS success with an emphatic victory, further demonstrating the progress being made under coaches Matt Evans and Meghan Hunter. The success in the Novice race was followed by triumphs for both the Edinburgh men’s and women’s 2nd VIII’s.

Finally, in one of the closest races of the day, Edinburgh, featuring Josh Armstrong and Matt Curtis fresh from their success in the GB trials rowed to victory in the men’s 1st VIII.