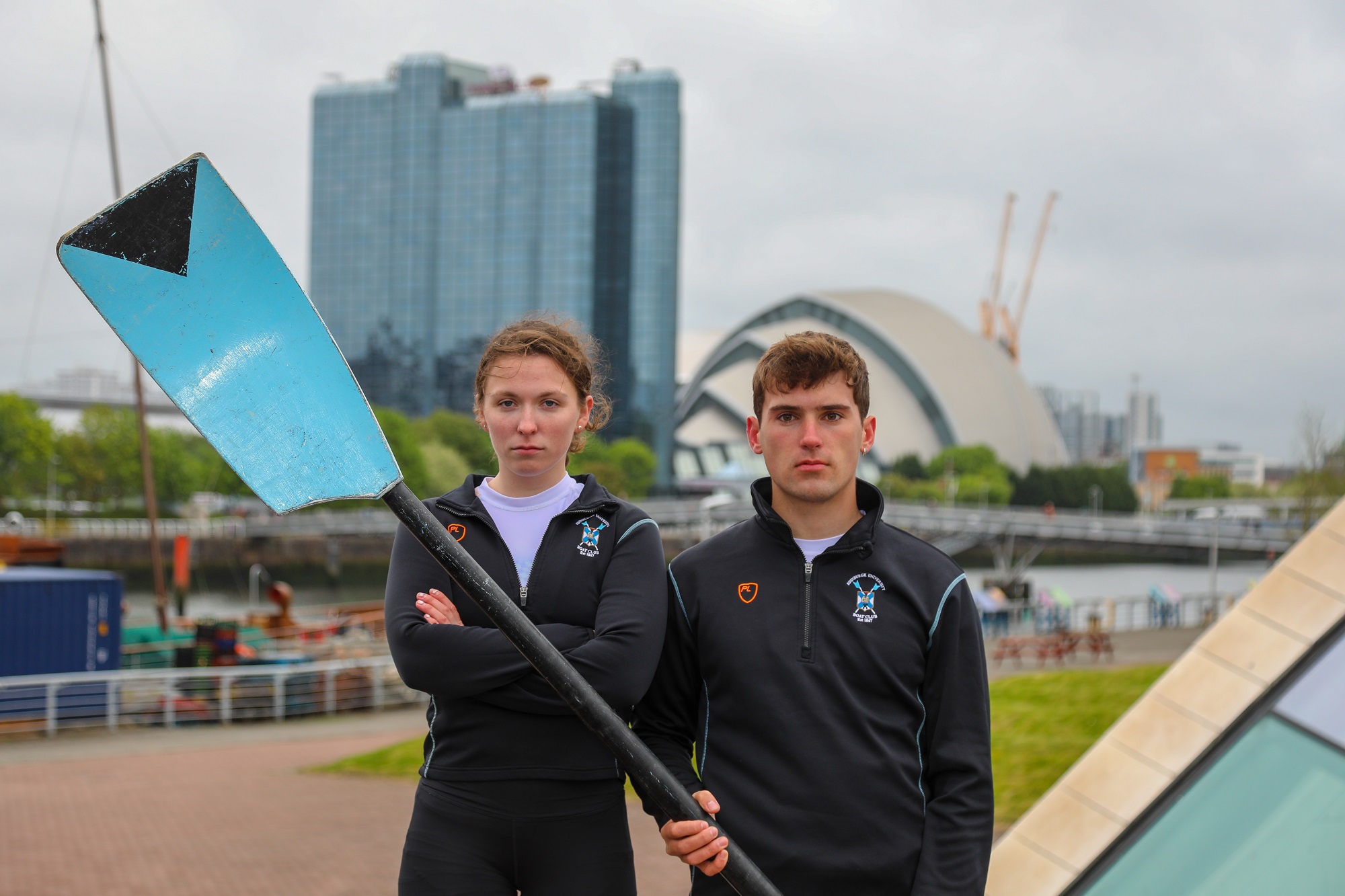 The event on Saturday 25 May will see the 1st VIII and 2nd VIII boats from the University of Edinburgh take on their rivals from the University of Glasgow.   The races take place on a 2 kilometre stretch of the Clyde River and will culminate opposite the Glasgow Science Centre Tower. This is where the official viewing area will be hosted and where the winner trophy’s will be presented.

You can find out more about the 2019 races here

The women’s 1st VIII will feature GB U23 women’s eight rower Alexandra Rankin. Alex, who studies History of Art at the University of Edinburgh, was brought up in Glasgow and is looking forward to returning to her home town to seal victory on the Clyde

“I’m delighted to be part of the Scottish Boat Race crew again this year. It’s always a competitive race and one that means a lot to me having grown up in Glasgow.”

Junior European Gold Medallist Jake Offiler takes seat 5 in the men’s 1st VIII. Currently studying for an MA in Social Anthropology Jake comes from a strong skulling background but has shown his versatility and adaptability by being a key crew member in the men’s sweep squad this season.

“It’s a great feeling to be part of my first Scottish Boat Race and to compete in something that has so much history. The whole Club are looking forward to a thrilling afternoon of racing.”